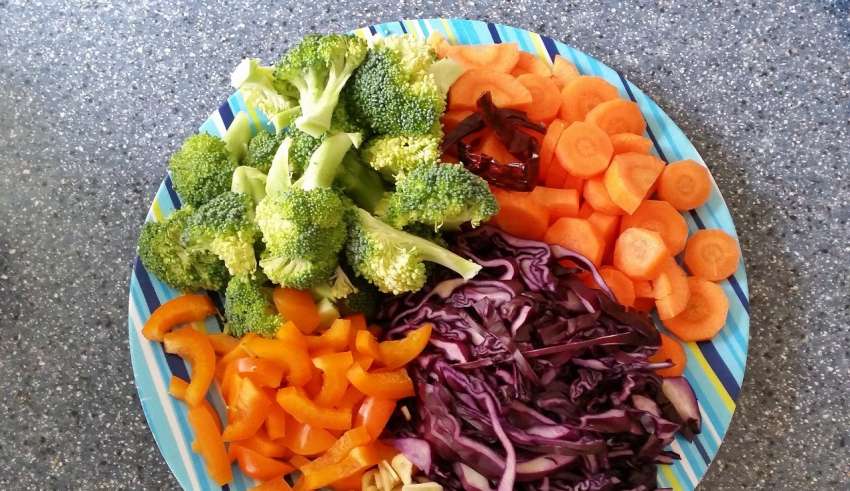 Have you ever tried making a stir-fry and feel that you could have done it better? Ido Fishman says that there is one mistake that a lot of rookie cooks make and that is adding multiple things to their wok at once. Adding too many items cools down your wok, so your food ends up steaming or simmering, rather than frying. You want it to fry, particularly the meats. Moreover, adding all your ingredients at once means you are not taking into account the different cooking rates of the food. For instance, thin strips of chicken breast, or shrimp, doesn’t take as long as hard carrots to cook.

Outlined below are some of the top tips Ido Fishman has shared for making the perfect stir-fry:

You have to have an extremely hot wok if you want to make a good stir-fry. You can also use a sauté pan. One of the most common problems that people make is not ensuring the pan is hot enough. This applies generally as well, not only to stir-fries. As restaurants have very powerful stoves, they can pump out high heat that enables them to get the right sear on meats and also cook foods quickly, so they don’t have to spend a lot of time in the pan.

Since you don’t have the same equipment as a restaurant, Ido Fishman suggests that you heat your wok for a long while. You should heat your wok for about 5 to 10 minutes on the highest heat, or on a gas range. You should heat it dry without adding anything, but not with a non-stick coated wok. The best ones are made of carbon steel. Add some oil once the wok is hot enough. Go with the most refined high-heat vegetable oil like refined sunflower oil. As its neutral flavored, you can taste the food and the seasonings and not the oil.

Your wok will cool off instantly if you add cold meat to it. Instead of doing so, you should let the meat stay at room temperature for about 20 minutes before you begin cooking. During this time, it can be marinated with soy sauce and a bit of wine. You can remove it from the marinade when you are ready to cook, drain it and then dry it before adding it to the wok.

According to Chef Ido Fishman, cooking the meat in batches is recommended if you have more than 8 ounces. If you overload the wok, it will cool off. When the meat releases its juices, it will end up steaming and simmering, rather than frying. This means the meat will turn gray, rather than the tender and brown you are after. You should heat up the oil first and then add flavoring ingredients, such as ginger and garlic, before adding the meat. You can spread it out instead of piling it all in the center. Also, you shouldn’t start stirring immediately. Let it be for half a minute to allow it to brown.

Cook the meat until it seems almost done and then remove it. Add more oil to the pan after reheating it and then repeat it, until you have cooked all your meat.

Heat the wok again after setting aside the meat, add seasonings and fresh oil and then cook the vegetables. You can add sliced mushrooms and onions early and add leafy vegetables in the end. Some items like broccoli, carrots and beans require extra cooking time. Ido Fishman recommends that you add some wine, soy sauce, or stock and cook until all the vegetables are done.

The final step for you is to add the meat to the wok and finish the cooking. Ido Fishman suggests that you add some sesame oil at the end for some flavoring.

SOME BAKING HACKS YOU SHOULD KNOW FOR YOUR NEXT RECIPE

Baking can be enjoyable, but it can also be frustrating if you are unfamiliar with some es…